Posted by Dave Prior at 9:53 AM No comments:

"To raise a corps of a hundred thousand

A thousand pieces of gold will be spent each day."

The second chapter of the Art of War begins with Sun Tzu laying out some basics about materials required to wage war. This kind of thing happens quite a bit throughout the book and it can be pretty distracting for Project Managers because our brains have been conditioned to start tracking these as requirements that we'll have to obtain at some point.  The run up of all these requirements  leads to the statement about the rate of gold per day and the fact that you can't even consider getting an army until you have that covered. The point of all this is to show that in war, there is cost, and that before you can start on the things you think you need to obtain (people to do the work), you first have to account for a whole bunch of hidden costs that you need to address before you go get people.
Bottom line...whether it is war, or a project, getting things done is expensive and there are going to be things that are less obvious or sexy that need to be covered. Before you take anything on, make sure you have a firm grasp of the cost.

"The cost of an interpersonal Challenge is primarily an emotional one. Nonnegotiable conflicts can be very painful, since success generally comes through ending the relationship or changing ti into a very different one. Therefore, careful evaluation and acceptance of the emotional costs of your Challenge are essential to your success."

For Sun Tzu, the cost includes the lives of the soldiers and all the people who are going to have to work so hard to support them. While most project managers are not normally putting team members into direct mortal danger, the cost of the project may mean other projects do not get done... and depending on what choices are made, the business or company could be at risk, which does pose a direct threat to people's ability to work and earn a living and places them in harm's way.
We need to understand the cost of what we take on and what the ramifications of what we are doing are so that we can make responsible, informed a choices while managing the project.
Quotes are taken from The Art of Strategy by R.R. Wing

Why an Iteration is Not A Mini Waterfall 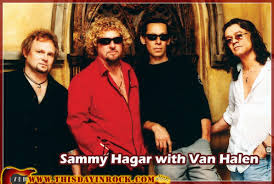 When I am working with Project Managers who are in the throws of trying to learn Agile, there are certain discussions (debates), which can indicate that the person is going to have more of a struggle with making the change. These are usually the PMs who quickly grasp the flow of the process, but immediately begin second-guessing the system, and all of this usually happens without the PM even realizing it. After all, if you have been around a bit, and you are a halfway decent PM, you look at everything that enters your path as a potential threat to your project and start working out how you are going to get around it. This is what we are taught to do – find a workaround.


I think the bigger issue though, usually stems from the fact that the PM often does not recognize how their own expertise can be the obstacle. One of the ways this often manifests itself is through a question or declarative statement/argument about how the PMBOK is clearly, already Agile and these iterations or sprints we are talking about are nothing more than mini-waterfall projects.


Just in case any of the mini-waterfall people happen upon this… I mean you mo harm. I spent about 8 years inside that argument. Please bear with me a few minutes and this will make more sense.


I have learned my lesson about trying to engage in an argument against the perception that a sprint (or iteration) is just a mini-waterfall. I don’t agree with it, but it is perception, and my experience has been that getting pulled into this one kind of like trying to debate whether Sammy Hagar was a better front man than David Lee Roth.


To me, the real issue comes down to something completely outside the steps of the process itself. A traditional PM can make all the arguments they need to in order to maintain their death grip on the belief that everything in the world can be broken down into a traditional (waterfall) project. But, no matter how much Kool-Aid they’ve consumed, there is one thing which cannot be avoided, and which they cannot deny…


A waterfall project schedule is nothing more than a guess.


"…But little Mouse, you are not alone,
In proving foresight may be vain:
The best laid schemes of mice and men
Go often askew,
And leave us nothing but grief and pain,
For promised joy!"
(from "To A Mouse" by Robert Burns)


Yes, it is an educated guess and yes, there is usually math involved and we all know that if there is math, it must be true. Math aside, a traditional project schedule is just a guess based on what we think we know will happen, made at a point where we think we know enough to predict the future. (And I think we all know how good we project managers) are at predicting the future.

So, in managing a project, a significant part of the PMs gig is to come up with this educated guess and then do his/her very best to make sure to bend the very fabric of reality to match the guess. The idea is to manage to the plan.


In Agile, we focus more on the team and what we can do in order to better support and enable them, because it goes (Theory Y Alert!) that if you’ve got a bunch of smart, motivated people, you give them what they need, a clear objective and the power to make smart decisions, that the rest will take care of itself. (Remember – it says Theory Y above, not Theory X).


So, regardless of the steps in the process, the whole value system is completely different. A PM who is looking at the world through a waterfall will see the steps in the process as the thing that exists to make sure everyone stays on schedule as planned. An Agile PM is one who looks at the process as something their to support the team’s ability to perform. At the end of the day, both sides need to get stuff done, but a traditional PM uses the schedule to do this, an Agile PM enables the team to do this.


To me, if a PM is locked into the vice-grip of trying to prove that Agile is something that is already covered in the PMBOK, working their way out of that Gordian knot is usually something they will have to work through on their own, but if they can see the variance in the structure of the value system, and how that vantage point impacts their actions on the project, it is definitely a step in the right direction.


(And yeah, I’m willing to throw down for Hagar any time, anywhere.)
Posted by Dave Prior at 8:55 AM 1 comment:

I have lots of excuses... but, they are only excuses. However, I am very happy to report that I am now working for ProjectWizards heading up their new US company. I'll be writing more about this later both here and in another blog I'm doing on the PW site (link will be forthcoming).


In the meantime, this is something I stumbled upon recently that I think is very cool:
The Tao of PM Blog

And, I have a few Project Potion videos below. I'll be keeping up with these regularly from now on.

Project Potion Episode 13 - The Episode Without a Name

Posted by Dave Prior at 3:31 AM No comments: