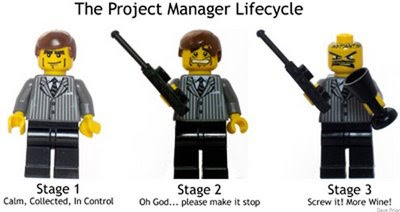 Am I missing anything? It seems like we're due for a new model.

I’ve started posting the video interviews from the 2009 Scrum Gathering in Orlando. You can watch PMI Agile Forum’s Jesse Fewell interview Ansley Nies about the Open Space she ran at the Gathering, see an interview with Alistair Cockburn (founder of Crystal and one of the original authors of the Agile Manifesto) and an interview with AgileThinking’s Tobias Mayer.

If you’ve not been following the story, leading up to the Gathering Tobias was pretty critical of PMI being involved. The video interview was shot not long after PMI CEO Greg Balestrero’s Keynote speech and a separate conversation between Greg and Tobias shortly afterward.

You can access the videos in iTunes
or in Vimeo

You can also read up on it in the AgileThinking blog and in Greg Balestrero’s PMI blog.

More videos will be posted in the coming days….