Language is a virus from outerspace

"Language is a virus from outerspace"
William S Burroughs

The encoding and decoding takes place on many levels and often carries around a lot of baggage.

If I am in a conversation and someone says:

It probably means they are from, or have spent a significant amount of time in Philadelphia.

“We need to assign some resources to work on this project.” 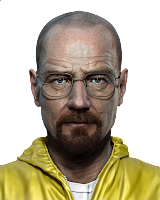 It probably means they have been trained to manage or work with projects using a traditional (waterfall) approach.

When I took my CSM training I sat in a room full of 40 software developers. When I referred to people as “resources”, they boo’d me... literally.

In Agile, and in traditional project management we both use resources on our projects. But, because Agile takes care to focus on “Individuals and Interactions”, resources are generally considered to be things that do not have opposable thumbs and a capacity to binge watch five seasons of Breaking Bad in a 3-day weekend.

The way we use language infects our interactions with individuals. In this TED Talk, Diane Benscoler talks about being deprogrammed from the cult she had joined as a young woman. In the talk she refers to a “viral memetic infection”. This is, simply put, how language can be utilized to hack the brain.

In working with people on a project, if I regard them as individuals I work and interact with, I am likely to behave differently towards them then I would if I were to regard them as resources I expend to get work done (like a stapler). This can appear in very subtle ways – or, at least, ways that seem subtle to the non-Agile.

When I first began working in Agile I stumbled over a lot of similar encoding/decoding issues. The more experience I got with it, the more I learned how important it was to translate ideas before they passed my lips. As I would speak with someone about the project I was still thinking in waterfall, but speaking in Agile.  I’d think “resources” but say “team members”. And that helped a little. At least, I thought it did. To other PMs, it sounded very Agile, but being a little further on with it now, I do feel it is fair to say that language aside, intent shows through. If I am thinking “resources” but saying “team members”, the fact that I have not truly bought into the Agile mindset still shows through to those who do think of individuals and interactions.

If you are in the process of trying to transition from traditional to Agile, it is important to bear this in mind. There is often a significant difference between how we perceive ourselves and how we come across to others. I may believe I am able to fit in with the Agile folks once I learn to speak their language. Certainly that is a massive improvement over not doing so, but being able to speak the language and adopting the behaviors and value systems are not the same thing. One may lead to the other, but being aware of the fact that it is an ongoing process is an important art of not destroying your credibility along the way.