When my efforts to employ Personal Kanban reached a point where I felt I had gone as far as I could on my own, I decided it would be a good idea to find a coach who could hopefully help me see things more objectively, challenge me on the assumptions I was not conscious of and, in general, find a way to become more disciplined in my approach. (The expectation was that more discipline would result in greater productivity.) 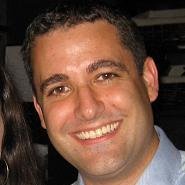 Brian Bozzuto, an Agile Coach from BigVisible was kind enough to agree to act as my coach. We worked together for several weeks on a number of different   I’m going to try and take these on at a time in different postings.
aspects of my approach to Personal Kanban.

When we started out discussions about my approach to Personal Kanban, one of my biggest questions was how to understand value. I was operating under the idea that anything that does not add value is waste and should be eliminated. There are things with clear value (doing work you get paid for) and things which present no obvious value (sitting on the couch watching a movie), but which have value in terms of a longer game because they are restorative in some way.  Still, I was having a hard time in my internal argument for some of the latter. 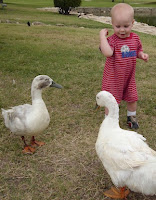 In interviewing people about their use of Personal Kanban, I encountered many who said they prioritized work solely by what makes them “happy”. A few of these people said they only do things that bring them as much joy as a child feeding ducks.

Which left me wondering… who changes the cat litter?

Boz and I talked for a while about happiness and he suggested we both sign up for Track Your Happiness. This was something he had not done before either so he also agreed to sign up for the experiment. The service is free. For a period of time the service will send you an invite (via SMS or email) to log on to their site and take a quick survey of what you are doing, and how you are feeling about it. It also provides some basic reporting so you can see what information the data has to offer about how “happy” you are. 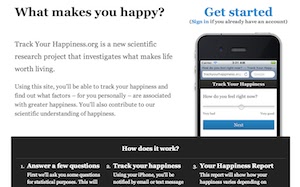 You can adjust the frequency of the surveys. They continue until the report has enough data for it to be able to offer you some insights. After that it is supposed to begin polling you again at some point in the future.

When you take the surveys, some of them have questions which clearly make sense and some which can start to seem rather tiresome because you get asked them again and again. And there are some that are quite amusing. I often received a question asking what I was doing at that moment. The options included things like:

Disclaimer: If you decide to try out Track Your Happiness and you feel compelled to stop and answer a survey while you are making love… I really don’t think Personal Kanban is going to solve your problems.

During the first few days I got a report that showed this: 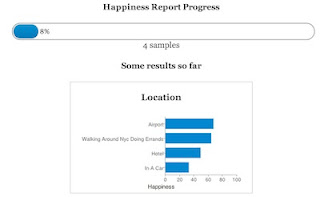 What the service was telling me was that, based on my responses up to that point, the place where I was happiest was at the airport. Initially, this seemed horribly wrong on many levels. At the very least it seemed comedically pathetic. But, on second thought, the airport is one of the places I am usually the least stressed. I always arrive extra early, I book my flights with lots of in between time, and in the aiport I’m generally just spending time in my bubble, headphones on, working or reading. Other than my borderline obsessive fear of germs from other passengers, it’s a pretty chill place for me. (I should also point out that by this point in time I had only been using Track Your Happiness while I was on the road. So no surveys had been completed while I was at home.

As I used the service and kept reviewing the reports, I started to wonder if happiness was really a good way to frame value within the context of Personal Kanban. The “happy as a kid feeding ducks” thing weighed quite heavily into that. (I should mention that this explanation of the kid feeding a duck thing is slightly incorrect. This will be revisited in a separate post in the future.)

In the end, I have come to the conclusion that there are people who try to prioritize their work so that they only do what makes them happy. From speaking with these people, they tend to delegate or refuse to do things that do not make them happy. For me, and the way I look at the things I do, there are things that I do which clearly bring me happiness, like taking my wife out to dinner or playing a game with my daughter. And there are things I do that, initially, do not seem to have happiness to offer me.  I believe that when faced with those types of things to do, regardless of what it is, it is the frame with which we look at the thing which helps us see value in it, or not. For example, I may have a very difficult client to deal with. This may be someone I had a history of trouble communicating with. Rather than approaching it with a “this will not bring me happiness mindset”, I try to remember to approach it with “what positive thing can I derive from this encounter”. If it is a difficult client, maybe it is as simple as trying to improve my ability at being present and actively listening to them, or being diplomatic, or understanding their body language and trying to use my own to see if it can impact the situation in a favorable way. 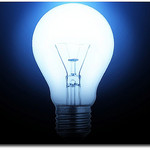 Working through this exercise of spending a few weeks completing the surveys was incredibly helpful in developing my understanding of how I see value. The biggest epiphany for me was realizing that I actually like pretty much everything I do, in one way or another. Before going through this survey I had no awareness of that and would never have agreed with this statement. Going through the process of being questioned over and over about whether or not I would prefer to be doing something else made me keenly aware of the fact that my issue is not that I have things which make me happy and things which make me unhappy. I just have things that, in one way or another, make me happy. I enjoy doing all of them either because of the action of doing them, or the benefits they provide.

Realizing this was a significant discovery for me. Unfortunately, it brought me right back to where I started. I have many things to do. My challenge with prioritization is that I want to do them all. To one extent or another, they all provide value for me.

So at this point, the question is not “does it provide value”, but “does something else provide more value”, or how to I balance the “valuable” things I am doing so that there is enough work, enough personal, etc.?